A Chinese game featuring a female character dressed in a traditional Korean hanbok costume has sparked controversy over plagiarism and intellectual property theft in South Korea.

A hanbok designed by Baekoaksoo in the Korean game “Girl Globe” (left) and a garment featured in the Chinese game “Blooming Moonlight”. (Air plug)

Blooming Moonlight, a game released in Korea by Chinese game developer Zishi Technology, features a character wearing a hanbok outfit with the exact same design as Baekoaksoo, a famous hanbok company based in Korea, according to industry sources Thursday. in Seoul, who previously designed the outfits featured in the music video for BTS member Suga’s single “Daechwita” released last year.

Cho Jin-woo, general manager of Baekoaksoo, expressed concern, saying it was more than just a case of intellectual property theft.

“Hanbok is the national dress imbued with the identity of the Korean people, and using it without permission is tantamount to stealing our unique spirit,” Cho said. “I hope the Chinese game company will sincerely apologize.”

Aircap, a Korean game company that owns the exclusive rights to use Baekoaksoo’s hanbok design in games, also denounced the Chinese game developer.

According to Aircap, the stolen hanbok costume is one of the rewards offered to users at the start of Girl Globe, the company’s mobile dress-up game. The Chinese developer copied the costume and simply changed the item name to “Lake Fog” from the original “Purple Scent”.

“Every detail of the costume was plagiarized, even the flowers actually used in (Baekoaksoo’s) photo shoot,” said Han Ji-min, general manager of Aircap.

“Although we asked the Chinese game company to make corrections, we did not get a response. If we do not fix this, there will be another case like this. We will take action on the basis for legal consultations,” Han said.

Recently, Chinese games have made several attempts to dress their characters in hanbok, which has infuriated Korean users who see it as an attempt by China to steal Korean cultural heritage. 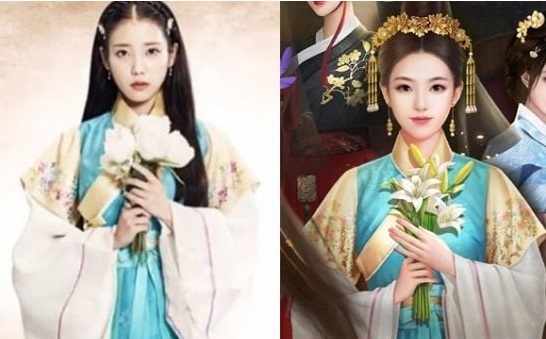 A hanbok costume worn by Korean singer-songwriter and actress IU in the drama series ‘Moon Lovers’ (left) and clothing from the Chinese game Call Me an Emperor. (online capture)

In April, a Chinese mobile game Call Me an Emperor was embroiled in controversy for dressing a female character in a hanbok dress worn by Korean singer-songwriter and actress IU in the drama series “Moon Lovers.” 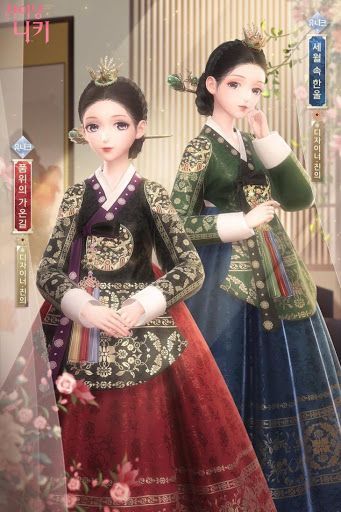