NVIDIA uses it with their DLSS, for example, which allows them to offer a significant performance boost when running the most demanding titles of the current generation.

But other than that, the AI â€‹â€‹has also taken over the rendering of the game’s graphics in a much more “visual” way.

A perfect example is a specific AI program called StyleCLIP, which would take the 3D rendered faces of popular video game characters and make them more photorealistic, according to ScreenRant.

IGN tried to use the AI â€‹â€‹tool and tweeted some of the images obtained. Looking at these photos, the characters look so much more realistic:

There is an AI tool called StyleCLIP that turns images into “realistic faces”, so now we play with it!

First of all, the god of war himself, Kratos. pic.twitter.com/DQVcQHtZS2

The characters they used the AI â€‹â€‹tool on included Kratos from the “God of War” series, Nathan Drake from “Uncharted”, Commander Shepard from “Mass Effect” and Trevor, the famous “GTA V”.

Artificial intelligence-based photorealism in real-time 3D rendered graphics is still a long way off. But the revolution has already started with a few technologies, the most important of which is hardware-accelerated ray tracing.

Before the advent of real-time ray tracing with the NVIDIA RTX 2000 series of graphics cards, video games were rendered in a more traditional and handcrafted way. Shadows, reflections and lighting illustrate this example perfectly.

Without ray tracing, game developers can only render reflections and shadows by placing them by hand, while taking into account the lighting quality of a specific scene.

What’s even more difficult is that developers also have to consider the different camera angles a player can make while playing, the position of the light source in the stage at different times of the day. , etc. This makes the development cycle extremely tedious, which is why most games these days take years to make.

But with ray tracing, this is all moot. This is because the technology is able to cast realistic reflections and shadows making the lighting in the game behave as it literally does in real life.

It works by using an algorithm to simulate actual light rays from a source, then plotting all the paths those beams will take in the scene.

The end result are shadows, reflections, and lighting which, if implemented correctly, are almost indistinguishable from real life.

Read also: NVIDIA just brought Ray Tracing to entry-level GPUs, but is â€œRTX Onâ€ even worth the performance penalty?

Another thing that could lead to photorealistic graphics is photogrammetry.

First gaining popularity for its use in the 2014 game “The Vanishing of Ethan Carter”, this rendering technology involves the use of real-world photographs and the creation of in-game elements, often textures, to from these.

The developers of “The Vanishing of Ethan Carter” detailed the technology they used in a Polygon article.

They used software called Photoscan, which “looked” at the photos they took until it managed to reproduce every detail it saw.

It then produces a literal digital copy of the characteristics of the photograph, which can be used to create hyperrealistic game worlds. 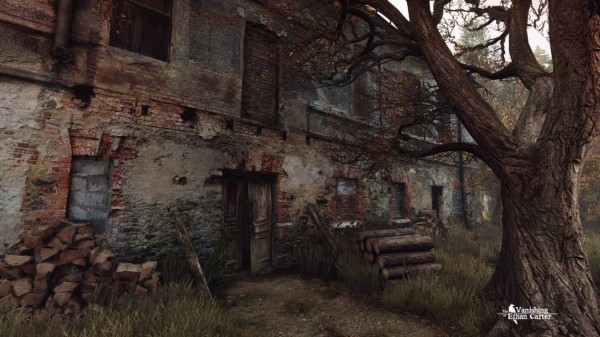 Photogrammetry is often linked to the use of AI, according to ScienceDirect.

The answer is simple: No human would have the ability to completely reproduce the finest details, for example, of a patch of soil or the surface of a rock. Only AI has the right amount of processing power to process this data.

Will the games of the future be indistinguishable from real life?

Photorealism has been the goal of so many game developers since the advent of true real-time 3D graphics in the 90s. And you can see the visual improvements with each subsequent game generation.

This article is the property of Tech Times

2021 TECHTIMES.com All rights reserved. Do not reproduce without permission.